The Broadway Company Sells ‘Le Charles’ in Montreal for $8.65M 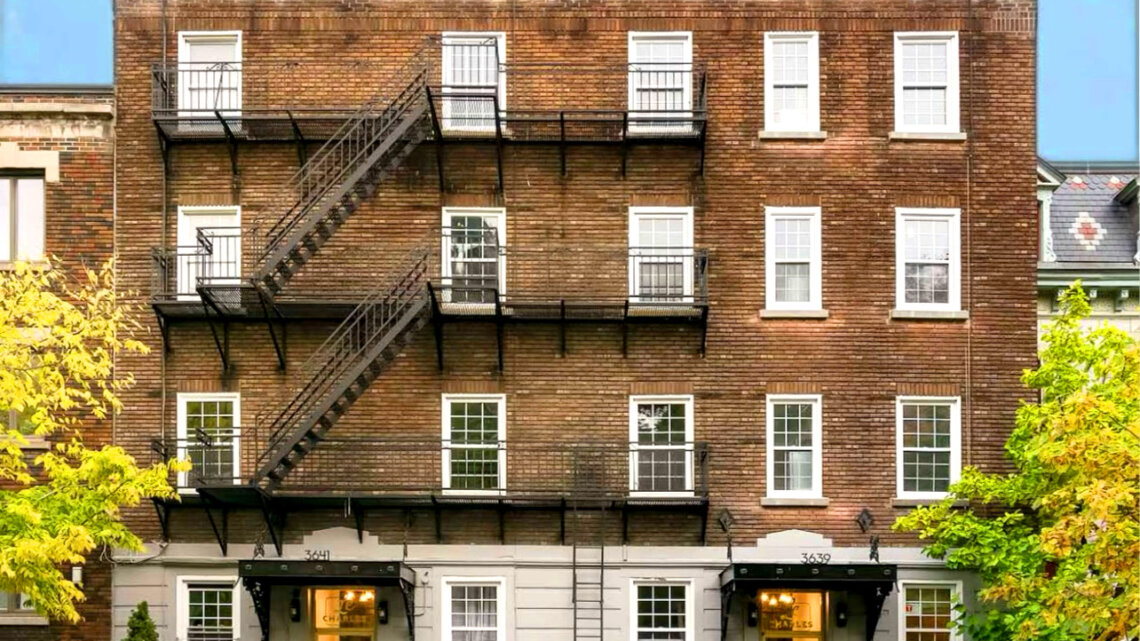 “Montreal is a great city with extraordinary real estate investment opportunities,” said Tana E. Weissman, Principal and Chief Operating Officer of The Broadway Company. “We are enthusiastic about continuing to invest in the city as we believe it has many attractive attributes.”

Known as Le Charles, the 1925-1930 property features studio, one-bedroom and two-bedroom units and is adjacent to McGill University, one of about a dozen higher-education academic institutions in Montreal. The real estate firm Jones Lang Lasalle handled the sale for The Broadway Company. The buyer was a local Montreal investment company.

The property’s value was improved through significant capital investments, including full renovation of 22 of the 52 units. Its location on Sainte-Famille Street, between Prince-Arthur Street and des Pins Avenue West, is in the popular Plateau-Mont-Royal Borough, in Milton Park, known as the McGill Student District, steps from both McGill and University of Quebec at Montreal campuses and the high-density retail street du Park Avenue.

It is located near the Quartier des Spectacles, the Montreal Neurological Institute, and Sainte-Catherine Street, and is less than a mile from two Metro transit stations, Place-des-Arts and Sainte-Laurent.

“Montreal is home to 11 universities and 60 colleges, ranking second across North America in students per capita, and the City of Montreal is working on more than $20 billion in infrastructure investment,” said Weissman. “We have a great handle on excellent investment opportunities there and are looking to acquire more assets.”

In Greater Montreal, Reseau Express Metropolitain, or REM, is a public transit project currently under way, the largest in Quebec in the last 50 years and generating about 34,000 jobs. It includes 26 stations and more than 40 miles of track.

P.E. Trudeau International Airport is Canada’s second largest airport by volume, located only 20 kilometers from the downtown core, and Montreal is developing a new container port in Contrecoeur, in southwest Quebec.

Economic signs in Greater Montreal are positive, with the area attracting $3.77 billion worth of foreign investment in 2021. GDP grew by 5.5 percent. Montreal has a diversified economy, competitive business environment and unique bilingual workforce. Software and accounting are the leasing sectors of industry in Montreal.

Montreal is reported to have more than 180,000 technology workers in sectors including artificial intelligence, IT, video game development, special effects, animation and cybersecurity. Among the more than 5,000 tech companies with major offices in Montreal are global firms including Microsoft, Google, Facebook, Gameloft, and Ubisoft.

Montreal is Canada’s largest rental market, with more than 40 percent of the population in apartments. A lack of supply has resulted in a vacancy rate of 3 percent recently, with annual rent growth at about 3.5 percent.

The financial feasibility of new development projects in the downtown core has been negatively impacted by a new law requiring all new condo and rental projects to include significant proportions of affordable housing, social housing and 20 percent three-bedroom units.

“We invest with deep downside protection in undervalued markets with high barriers to entry,” said Jason S. Weissman, Boston Realty Advisors Founder and Senior Partner. “Our investment strategy is one that will outperform other real estate investments largely due to our careful geographic selection, choice of product type within the housing category, and decisions on when to enter and exit the markets that we like.”