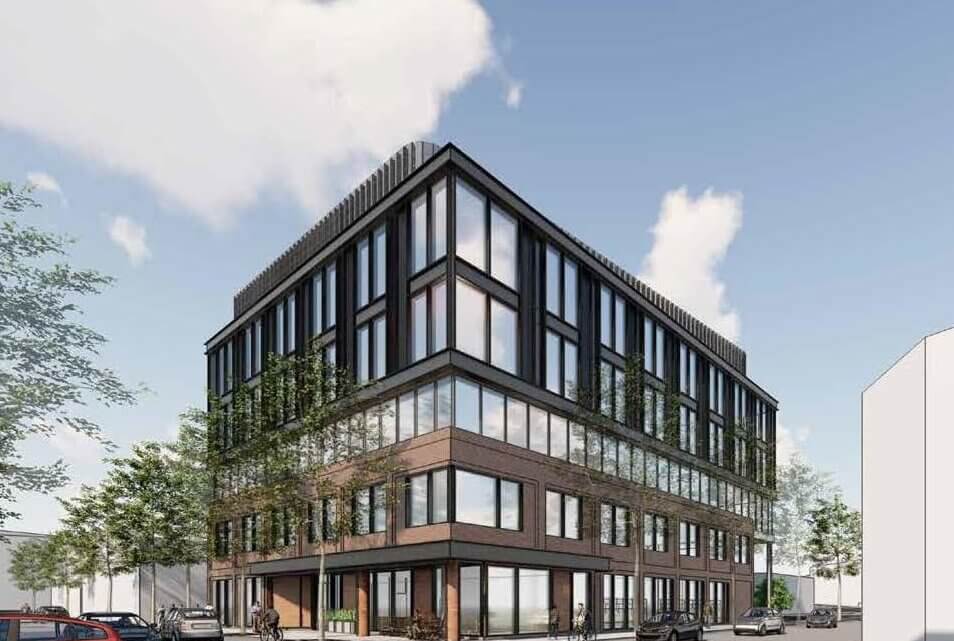 Boston-based The Broadway Company, along with its partners, Stoneriver Properties and Brendon Properties Inc., has filed an Application for Article 80 Small Project Review with the Boston Planning and Redevelopment Agency to redevelop an existing industrial property at 202 West First St. in South Boston for commercial use.

The plan is to redevelop a 14,153-square-foot parcel at the corner of West First and C streets with a five-floor, 49,532-square-foot building including a mix of office, life sciences, and research and development uses 24 on-site parking spaces, and an improved public realm.

“With its new commercial office, life sciences, research and development uses at a boutique-sized building, the Proposed Project will also introduce new jobs and employment opportunities in an emerging industry and support local business growth in South Boston’s lower end,” said the filing.

Tana E. Weissman, Principal and Chief Operating Officer of The Broadway Company, said that “great care was given to respecting the area’s as-built conditions and its relationship to the confluence of South Boston’s industrial and residential district. We have been active in the South Boston neighborhood for over a decade and are excited to participate in its future job creation and continued vibrancy.”

The architect is RODE Architects Inc. of Boston. RODE has designed numerous buildings in South Boston, including the nearby Cambria Suites. The vacant building at 202 West First is the former headquarters for Ampramp, which makes ramps for wheelchairs. Ampramp’s operation outgrew the space and relocated to Randolph, MA.

In filing with the City of Boston, The Broadway Company noted that the redevelopment would help revitalize the First Street corridor, bring new employees to the neighborhood, add much needed improvements to the public realm, improve vehicular and pedestrian safety along the two streets by renewing and widening sidewalks, add aesthetic elements including new trees, and remedy environmental conditions at the historically industrial location.

Within a short walk to the MBTA’s Broadway Red Line Station and providing off-street parking that today does not exist, the project will also introduce new and improved sidewalk conditions for better connectivity in the immediate area.

At occupancy, the project is anticipated to create more than 100 new jobs in life sciences and research and development, in addition to short-term construction employment and permanent new property-tax revenue for the City.

“The small footprint of the proposed project provides a scale appropriate to the transition between narrow traditional residential buildings and newer larger buildings occupying entire blocks.”

Almost two years ago, the developer proposed an eight-floor commercial building on the site. In response to thoughtful neighborhood comments, the proposal filed recently with the City reduces height, square footage and floor-area ratio considerably.